A young woman endures a series of misfortunes as she searches for meaning and true love in Alan Stanford’s adaptation of Charlotte Bronte’s classic novel “Jane Eyre.”

There are three Janes in this bildungsroman. First, we are introduced to childhood Jane (Caroline Lucas). We follow her through to the bloom of her womanhood (Karen Baum). An older Jane narrates the story from a fixed point in the young woman’s future (Cary Anne Spear).

As an orphan, Jane (Lucas) is shuttled from her wicked aunt’s home at Gateshead Hall to the Lowood Institution for poor and orphaned girls. She is mischaracterized by a heartless preacher, Mr. Brocklehurst (James FitzGerald), but a kind teacher Miss Temple (Marsha Mayhak) befriends her. When she grows up (Baum), she becomes a teacher at the school. She leaves to become a governess at Thornfield Hall.

On an auspicious walk into town to mail a letter, Jane finally meets the master of the house, Mr. Rochester (Paul Joseph Bernardo).For him, its love at first sight. It takes Jane the rest of the first act to realize she is the object of his affection.

Unfortunately, Edward Rochester has a deep, dark secret. Even though the story is over 100 years old, there will be no spoilers here. 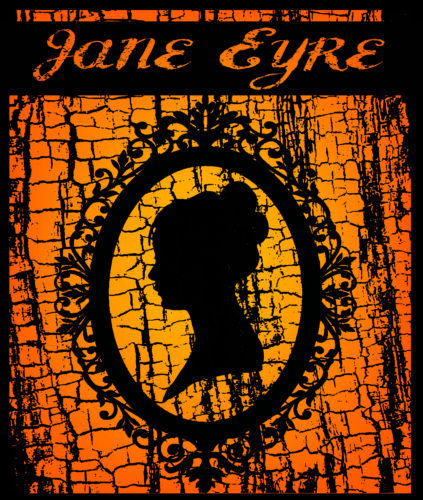 The entire show hinges on the outstanding performances of Baum and Bernardo. They have a marvelous chemistry together. Bernardo has a commanding stage presence. Baum is luminescent.

Meanwhile, Jane’s older self (Spear), holds the whole show together. As the narrator, she also gets some of the best lines. Mostly, because they are Bronte’s original words. She performs them flawlessly.

FitzGerald is a cunningly evil Brocklehurst. His seething anger seeps off the stage. When he shuns a sick, little girl, Helen (Abigail Gilman), you want to smash him in the face with a shovel. He’s that good at being bad. Something about FitzGerald that makes him a natural in period pieces. In character, he has a distinctive gait and pronounced mannerisms that belong to a bygone era, a je ne sais quoi perfectly fit for this Gothic story.

There are some fine performances from Paige Borak and Marsha Mayhak as the Rivers sisters. They provide the few laughs to be found in this tale.

Kaitlin Kerr (in a secret role) does a marvelous job. To say more would bring us to the edge of spoiler country.

High praise must be doled out to Joan Markert. Her costumes add depth and breadth to every scene.

The venue is also worthy of praise. It’s always a joy to be inside Fred Rogers Studio. It’s an iconic Pittsburgh space.

If you want to immerse yourself in a classic Bronte novel, “Jane Eyre” is just the ticket.